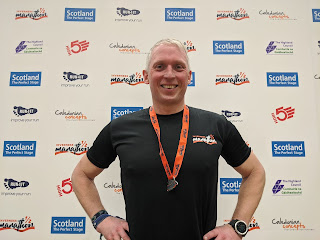 I guess I am a slow learner. It took me 17 years to learn to run slower. Pushing it, harder efforts faster-paced runs all seemed the likely answer to the question of how to run faster. It was in 2017 when I finally had the breakthrough with my running training, a year which resulted in me breaking my lifetime personal bests/personal records in every distance from mile to marathon. At the age of 43, I was running faster than at the age of 23. So what was the answer? Running slowly. But not just slowly, really slowly, so slow in fact that it was virtually walking pace. I had embarked on the MAF method, following in the footsteps of Dr Philip Maffetone and the many thousands he has coached and supported to be fitter and healthier. Part of this method involves running whilst keeping your heart rate low, which for me meant a lot of walking. I found this frustrating, not to be running fast, not to be out of breath, not to be exhausted at the end of the run. Running slowly kind of looked a bit awkward too with walkers keeping up with me on their route into town. But week in week out for months I stuck with it. I realised that I was becoming a more consistent runner, was injury-free and was healthy for an extended period. The boom and bust training cycles and associated injuries and illnesses had been replaced by higher mileage slower more effective endurance running. I had lost weight too as my body started burning fat reserves more effectively, which was a bonus. I started getting personal bests in the local parkrun, at the 5K distance, then the half marathon and marathon eventually. All the previous guidance on running faster was geared to just that if you want to run faster then... run fast. But, counterintuitively, the answer to learning to run fast, came from lots and lots of slow running. Running so slow you could identify stones on the beach, birds in the trees and join in conversation with dog walkers. My younger self would not have believed me, but by slowing down everything got easier and faster.

In these turbulent times, how quickly can you slow down? Do you find it easy or difficult operating at a slower pace? Slowing down can bring many benefits, but it often can’t be done in a week or two and we may need to stick with, and commit to keeping, a slower pace for a few months to begin to see the benefits. By slowing down we might just find a method to support us to cope with the challenges of now but also a method that will serve us and our planet well in the longer term. Try it, next time someone tentatively asks “How are you?” - tell them “I am slowing down” and see what emerges.
Posted by Neil Mapes 4HQ at 15:48